Caught my wife and her ‘cousin’ having sex 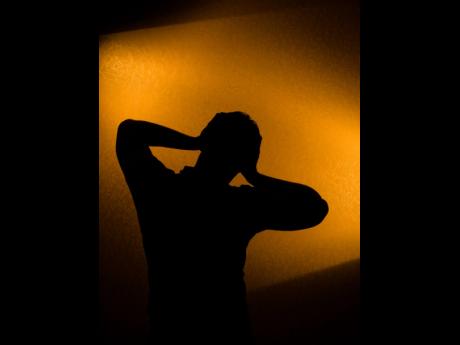 I will be 38 in December. For more than two weeks I have not been able to sleep and do my work properly.

My boss called me and said that she observed that I was not functioning well, and she wanted to know if there was something she could do to assist me.

I told her I would think about it and get back to her. When I spoke to her she advised me to talk to a counsellor. I didn't tell her everything. I was too ashamed.

My wife and I have been married for 10 years. I got some help from family and we made a payment on a house, but some repairs needed to be done.

My wife has a cousin who is a builder, and he looked at it and gave us an estimate. We gave him the job. It is a three-bedroom house with an extra room we can call a helper's room.

He said he would stay in that room and he could work late and didn't have to think about going home. We agreed.

My wife would cook and give him his breakfast, lunch and dinner, because he was a part of the family. He was there for two weeks working.

One day I went home during the day. That is not something I normally do because most times I am sent to the country to work. But this particular day, we did not.

I was at the office for a few hours and then I decided to go home. To my shock, I saw this man and my wife on the floor having sex.

I rushed into the kitchen to reach for my cutlass but I could not find it. If I had found it, both of them would have been dead.

I don't know where the man turned but my wife went into our room and when I told her to open the door, she kept saying, "Please forgive mi, nuh kill mi."

What I saw was not something I expected from this woman who I took up after she had two children by another man. I went into the room where he was staying and decided to burn every piece of his clothing. I was so angry, I was talking loudly and my neighbours heard. An old woman came across and begged me not to embarrass my wife.

This man left and I don't know where he stayed, but he has gone back to the country. I have money for him but I do not plan to give him not even one cent.

I could never trust my wife again. This man is her cousin, and she cannot tell me why she did what she did. It was not something I expected.

I told my wife she has to leave and she said that she would, but that I should give her a little time to make some arrangements.

I feel like pulling down everything this man had done on the house. I have heard about these things, but I did not know it would catch me. Please give me your advice.

I am glad that you did not find the cutlass. I have got so many letters like these in the past and sometimes I wonder what went wrong.

Your wife knows that you are a hard worker and you were doing your best to make her comfortable. I am sure she was aware that you could have got a carpenter who is not related to either of you to do the repairs on the house. But you wanted to help this man who is related to your wife, so you gave him the job. What in the world got into the both of them to have sex?

Nobody told you that she was cheating. You saw her having sex with her cousin, and that is the most painful aspect of cheating. I wonder if this woman lacked something in her marriage?

You say you owe her cousin some money for a part of the work that he did on the house, but you do not intend to pay him. I would suggest that you let him have his money. He has worked for it. Do not allow him to have anything over you.