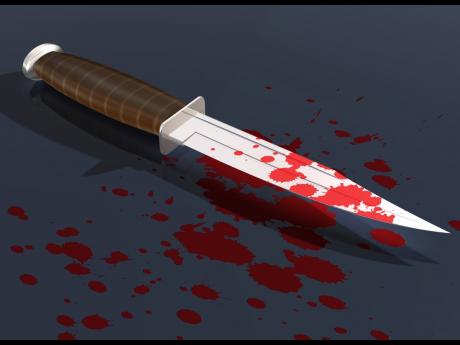 A taxi man who slashed his ex-girlfriend during a dispute pleaded guilty when he appeared in the Kingston and St Andrew Parish Court on Wednesday.

Aubrey Bailey, 30, is to return to court on June 18 to further settle the matter. It was reported that on March 19, along Molynes Road in St Andrew, Bailey started shouting at the complainant who he had earlier picked up in Half-Way Tree. He reportedly asked her several questions, including "Where you coming from?" and "Who have you been seeing?" After she refused to answer, the complainant said Bailey attacked her. She said she later realised that she was bleeding.

"'A kill me a guh kill the two a we tonight'. A that Aubrey say to me on the night," she told the court. But Bailey claimed that his actions were unintentional.

"She found out I had a newborn baby so that's why she was fighting me in the car, cursing a lot and grabbing the steering wheel, which was popping off, and I told her to ease off and she was just coming at me so that's how the knife come in," he told the court. "I was even the one who put the bandage on it, Your Honour, on the night, and we were there all along and then I leave to get her some help. When I come back she was gone. I didn't even know that she report the incident to the police or anything." However, the complainant denied starting the fight.

"Sir, that is a lie. I found out about the baby on the Sunday after everything happen," she said. Parish Court Judge Chester Crooks asked the complainant if she was in a relationship with Bailey at the time. "No sir, always tell him that I don't want any relationship from him," she replied. The complainant also said that since she pressed charges, Bailey's babymother and other relatives have been pestering her to drop the case.

"If he is willing to compensate you for the injuries, will you accept that?" Crooks asked. "I would want $500,000 sir," she said. Bailey's $50,000 bail bond was extended with conditions, until he returns to court. He must report to the Olympic Gardens Police Station on Mondays and Fridays between 6 a.m and 6 p.m. He must also keep away from the complainant.