Sure Star plans to make a big impact in Jamaica 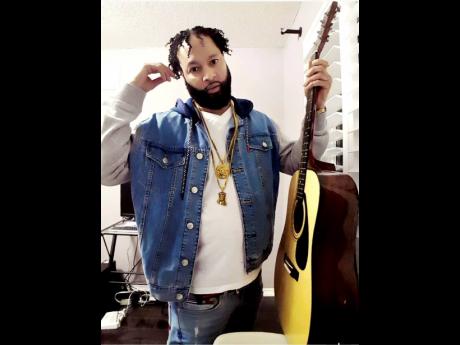 Dancehall artiste Sure Star is looking forward to a bright future in the music industry.

The Trinidad and Tobago-born deejay, who lists Cutty Ranks, Bounty Killer and Vybz Kartel among his musical influences, is determined to make his mark on the local music scene.

"I got hooked on dancehall music after watching Cutty Ranks perform at an event in Port of Spain in the early '90s. Since then I've been working on my craft, and now I am ready for my big break. I know I have the talent to go all the way to the top," said Sure Star.

He is currently promoting a new single titled She Want Love, produced by Emerson George of WMG Lab Music.

"My latest single is getting strong rotation in Jamaica. I hope the Jamaican people will give me their full support. I want to make a big impact in Jamaica because it's the Mecca of dancehall music," he said. The hard-working entertainer is busy in the studios working on several new projects, including an EP.

Sure Star, given name Sherwin George, launched his recording career in 2012 with the release of a single titled Good Girl Gone Bad on the Natural Talent Production label. He currently resides in Canada.