GeOo is staking his claim for ‘Whenever’ 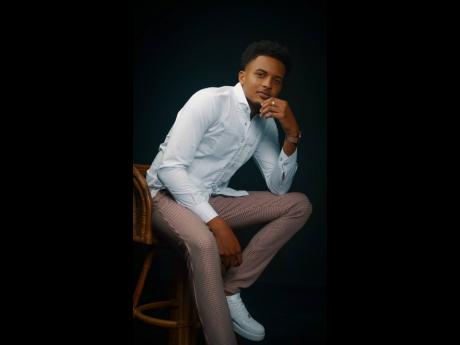 Combining themes of love and freedom with Afro-fusion drums and the counter harmony of the keyboard, 20-year-old GeOo is reinventing the ‘ladies’ man’ lifestyle for a new generation.

He told STAR on the Rise, “What I’m bringing to the table is a novel take on the dancehall genre.”

He readily admits that he had envisioned 2020 to be the breakthrough year. However, it ended up being one filled with challenges. From studio sessions to school, the recording artiste and university student has been pulling off the greatest balancing act of his life.

“The past year has been horrible. Not only are there no parties to do the necessary promotion, the hands-on part of my studies is not possible anymore,” he said. “There’s not much we can do. With music, we create more content to remain relevant in the digital space. But for school, shifting to online has also caused a shift in the attitude of the lecturers and the students. Quite the opposite, they’re less interactive to me.”

Socialisation is paramount for GeOo, given name  Geovannie Townshend. When he’s not interacting with industry professionals, he wants to know he can do it with his schoolmates at the University of Technology, Jamaica, where he is studying for a bachelor’s degree in business administration.

“I’ve just about completed my second year and a major part of what I am doing, that’s finance and marketing, is to socialise. Over the years, university students have gained skills from group projects that we just don’t get sitting behind our computers, and I am hoping it will reopen soon,” GeOo shared.

He also has a musical mission to build a following on campus and to be a popular pick among his generation of dancehall-fusion lovers.

“It’s a new sound. Persons can hear it in Hero and my latest single, Whenever —­ a little bit of pop, R&B and Afrobeats — but with a flow that’s just unique to me,” he said.

Since starting his professional recording career, GeOo finds himself doing a lot of work with IslandWAV Entertainment, producers of singles like Hero and Whenever, but makes it public that he is open to working with anyone with talent and a creative mind.

“I am actively networking on social media. I do, often times, get rhythm ideas sent to me and respond,” said the up-and-coming artiste.

“The work is being put in overtime because I know my breakthrough is going to happen, I’m not in any haste. What matters is that I put out quality work so when it’s time to stake my claim, no one can deny it,” GeOo continued.

In this early stage of his career, the singer-songwriter is already dealing with some of his songs being blocked in the digital community.

“I don’t know how to judge songs like Whenever fairly. There have been issues with promoting it on social media, maybe because the girls are all in bikinis … I don’t know. This has all been a learning process for me that ,” he said.